The US Energy Information Administration states that “about 28% of total U.S. energy consumption in 2018 was for transporting people and goods.” Most of these energy sources were traditional carbon-emitting fuels, meaning that addressing climate change requires a growing sustainable transportation sector. The eCart research project at SUNY Geneseo explores the nuances of sustainable transportation using plug-in electric vehicles. Students design hardware and software allowing for data acquisition to study energy efficiency of the eCart. Areas of research reflect real-world concerns in the realm of electric vehicles including the use of renewable energy sources and how to optimize efficiency while driving on varied terrain.

During the spring of 2016 two students in a digital electronics class retrofitted an electric golf cart with a solar panel to charge its batteries, and thus the eCart was born. 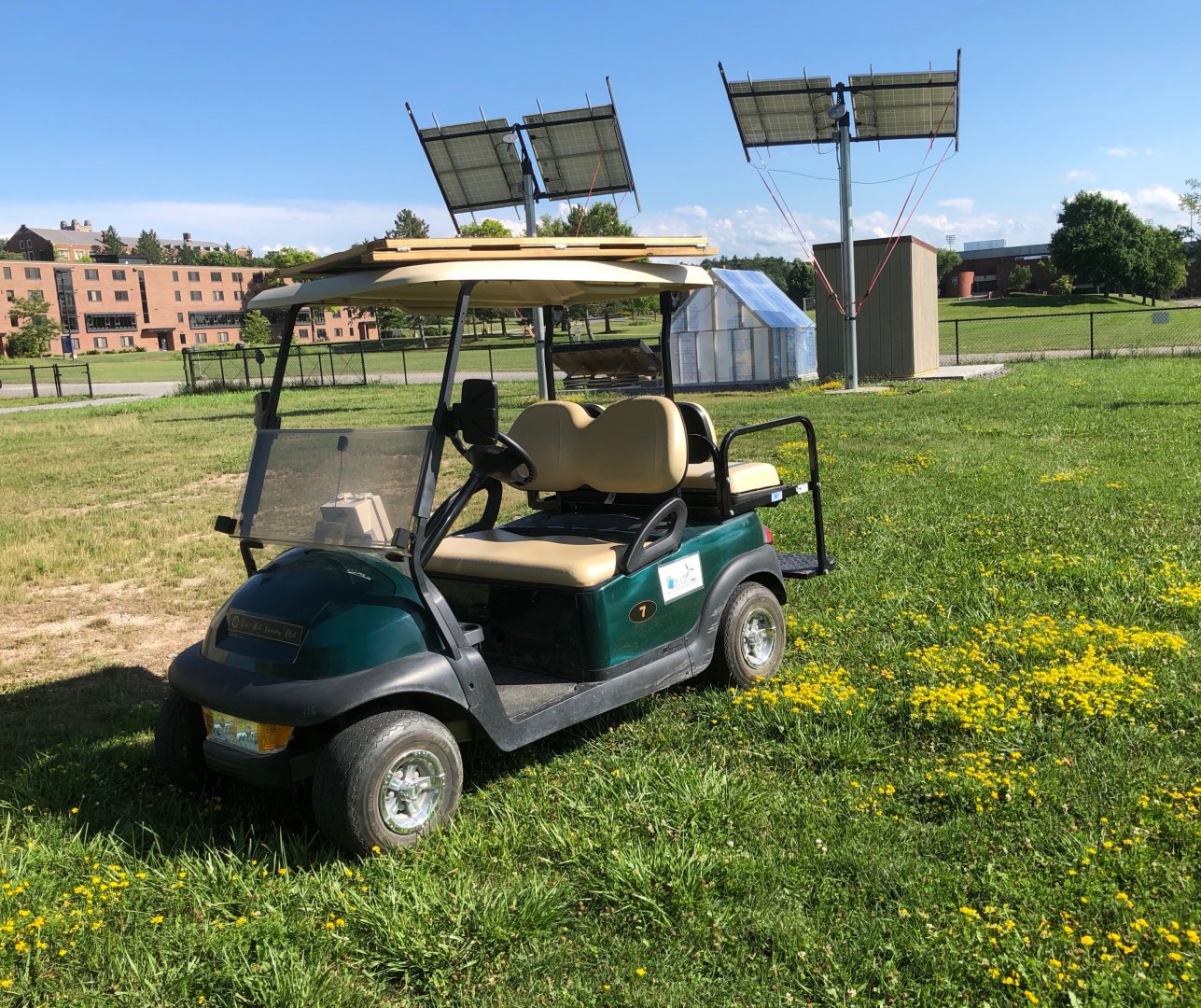 Work on the eCart has been ongoing since then, and research teams have been hired to work on the project during the summers of 2018 and 2019, in addition to research during the school year. The overall goal of the eCart project is to find the most efficient way to drive around campus. There are many differences between the eCart and a normal car, including regenerative breaking and a custom made odometer that measures speed and power usage, this adds a unique layer of complexity to the project.

After many different ideas about how to track the speed of the eCart, one of which involved towing a bike wheel behind the cart as it drove, a solution was finally found. A sensor that detects magnetic fields was installed just inside the rim of the wheel and a strong magnet was attached to the rim of the wheel.

Each time the magnet passes the sensor it registers. The circumference of the wheel's rim and the time between each pass of the magnet can be used to determine the speed of the golf cart. 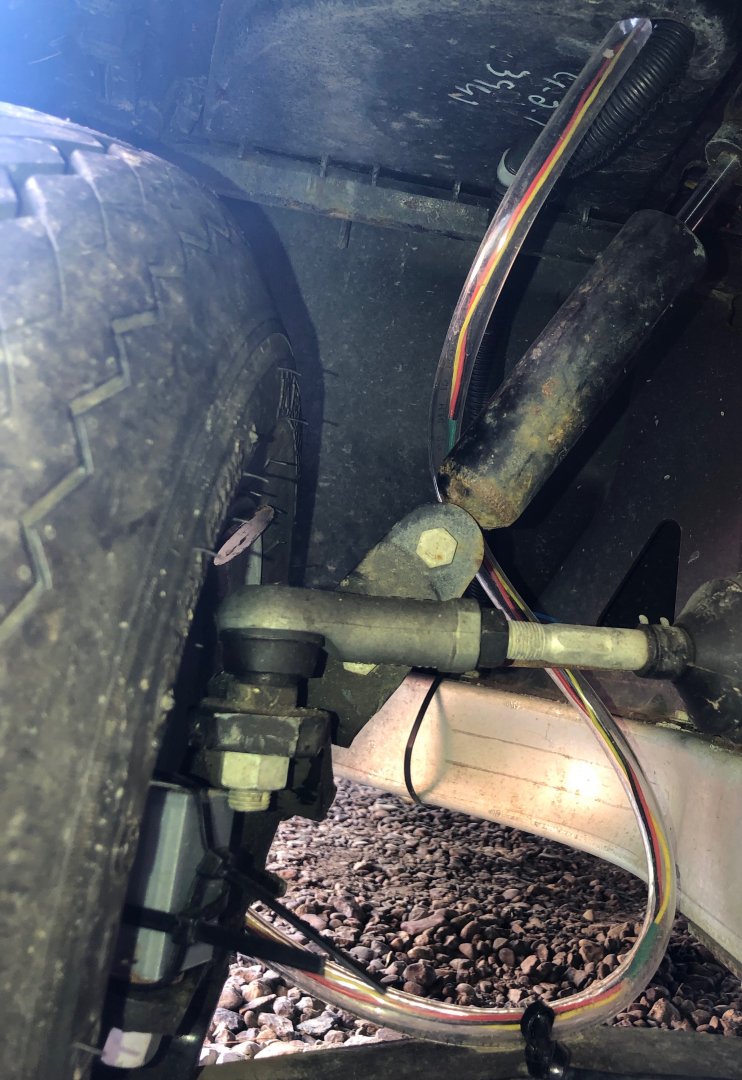 New batteries were installed at the beginning of the summer because the old ones had died, they were also taller than the previous batteries, so new clamps had to be 3-D printed in order to secure them in place and keep the cart safe to drive. Students also created both the code and hardware to create a menu for measuring the speed, voltage, and current of the eCart using Arduino. Some data collection was undertaken at the end of summer, but this was just preliminary as some bugs still had to be worked out. Video highlighting the battery installation. 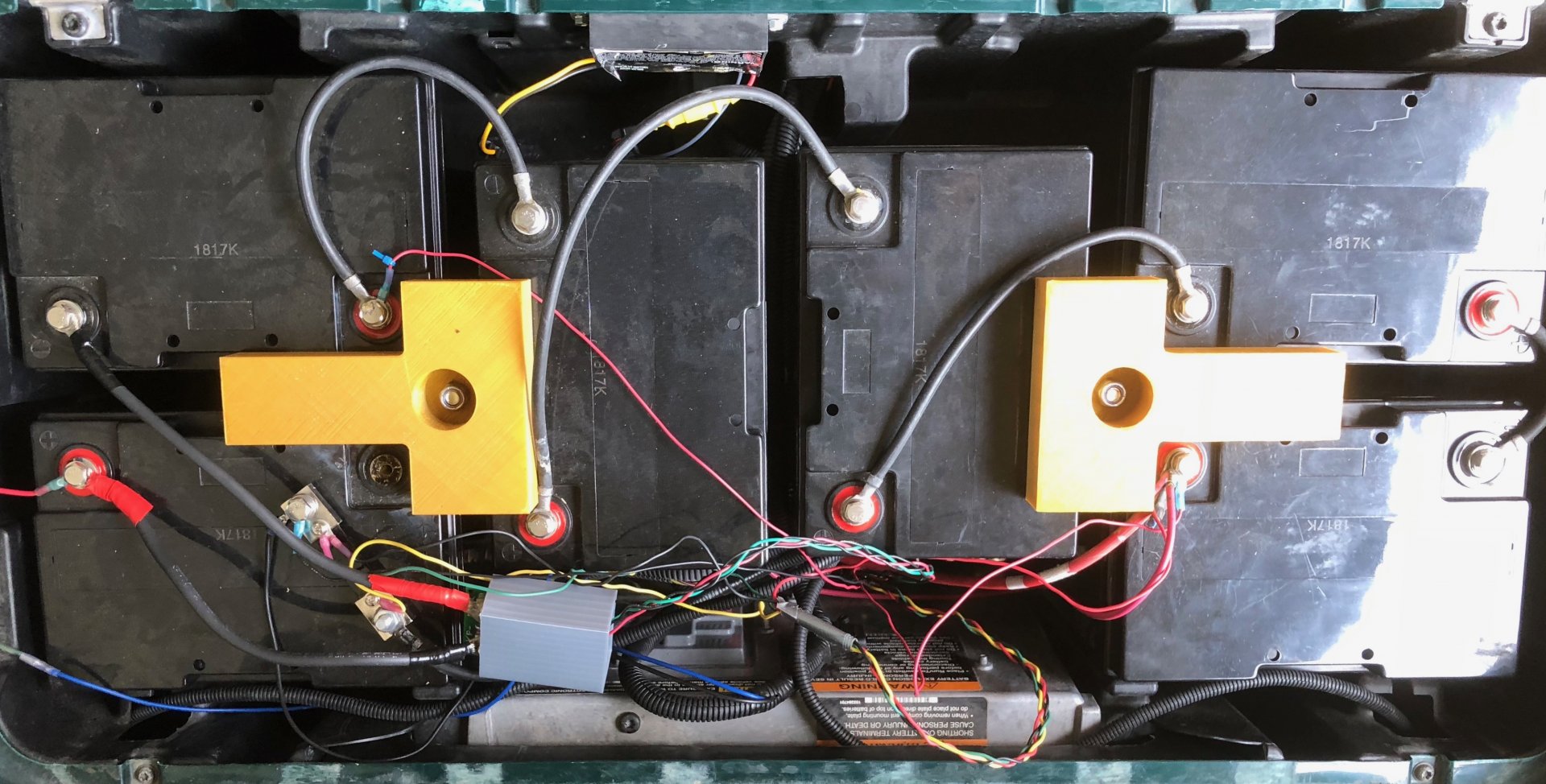 The new batteries with sensors installed. 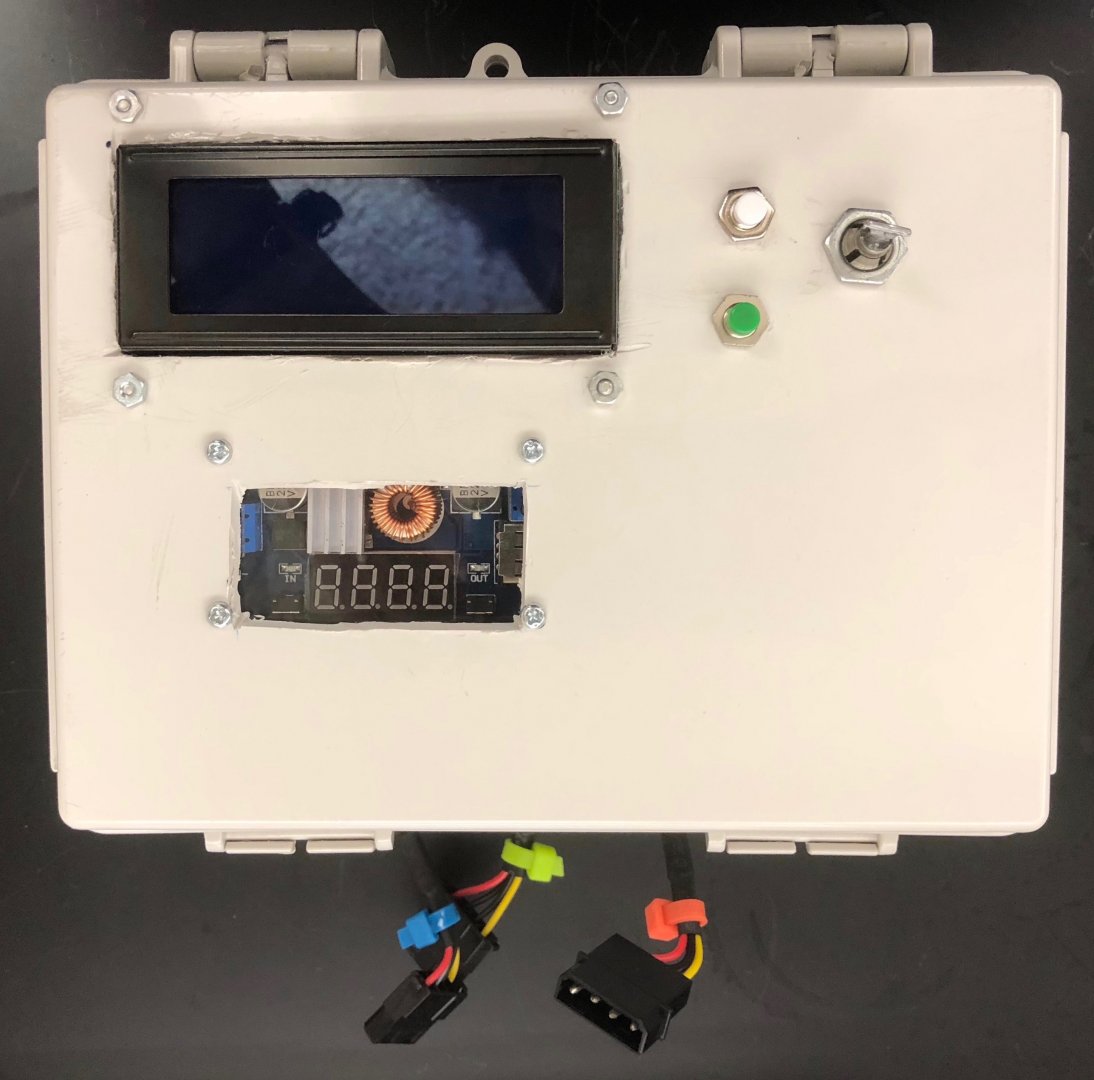 The menu box for data collection.

With the new power of an education in digital electronics, the eCart trio has refined the menu code developed the previous summer. They have also begun serious data collection and developed questions about why and how the engine does what it does. The goals for the Summer of 2019 are to perfect data taking methods and to get a better understanding of how the eCart works. The manufacturers put things like speed controllers in the cart, but cannot tell more due to proprietary restrictions. The plan is to put the pieces of the puzzle together using data and intuition for physics. This project entails much more that just driving a golf cart around, from engineering-like projects to data analysis. Getting to drive around campus is the icing on the cake!