The weather station was developed as a project in hardware and software to make accessible real time data of weather conditions in the eGarden. It was also designed to be mobile, and run off grid, so it provides its own power with a solar panel mounted on the platform, and also has a small wind turbine attached.

The weather station was first built in 2016. It was built on two platforms, one holding the solar panel, wind turbine, and the battery they charged, and the other holding the sensors and the Arduino. 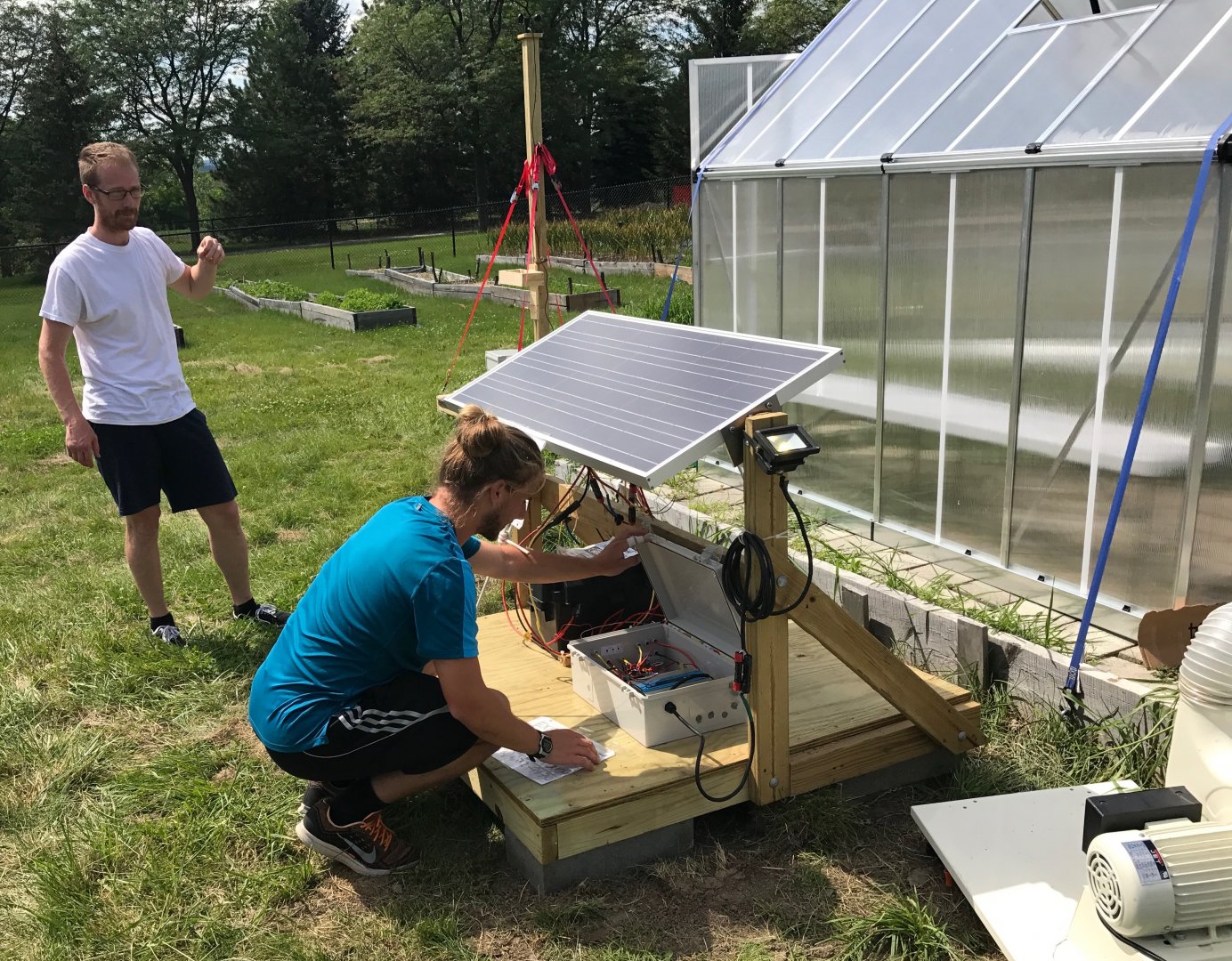 Working on the weather station. 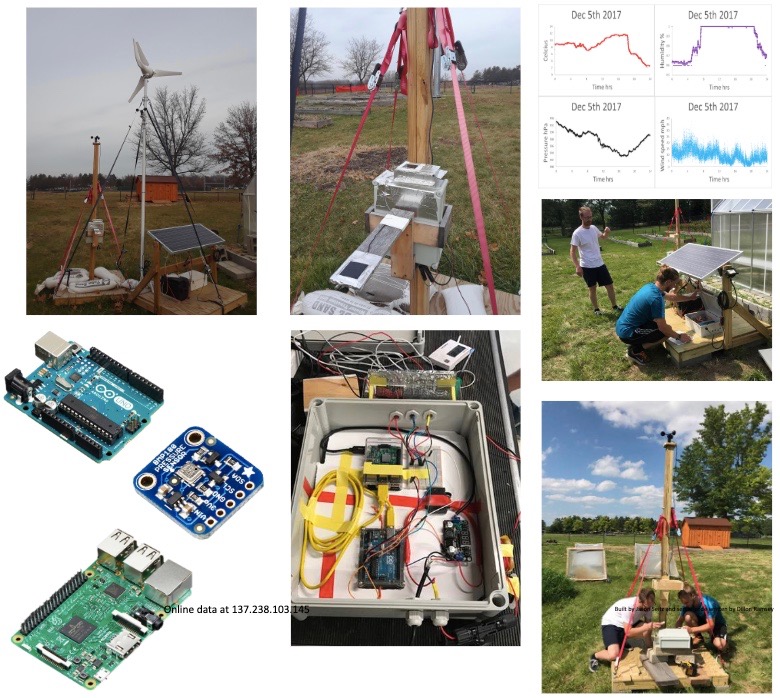 Poster for the original weather station.

As the students responsible for this project were graduating seniors in 2017, much of the work they did this year focused on streamlining the code and making sure others would understand it and be able to make changes to it once they graduated. 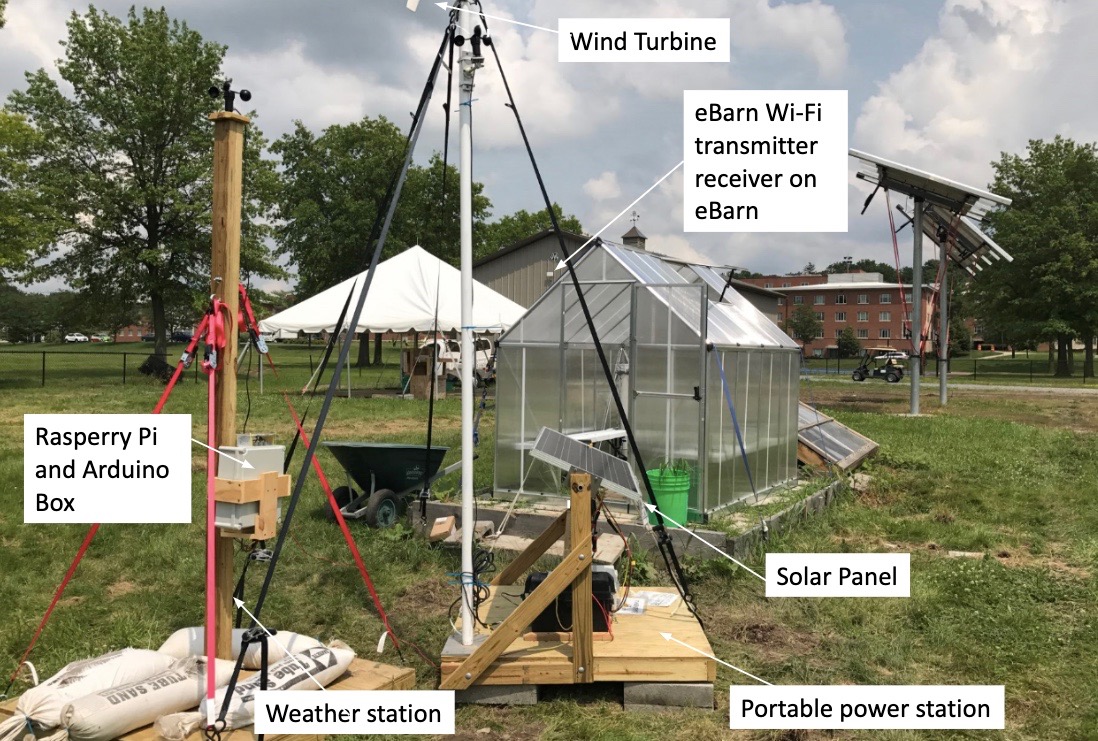 The weather station was destroyed by a windstorm in the spring of 2019, along with the greenhouse. After this it was time for a redesign and a permanent foundation. We felt that having these things built to last was more important than the mobility of the previous weather station design. A concrete pad was poured to mount everything on, and a small shed was built to install the solar panel on top of and to store the electronic components of the weather station. Not pictured here: the wind turbine is mounted to the left of the shed. Future plans involve reattaching the electronic components of this system now that most of the hardware has been installed, and getting the weather station up and running again. 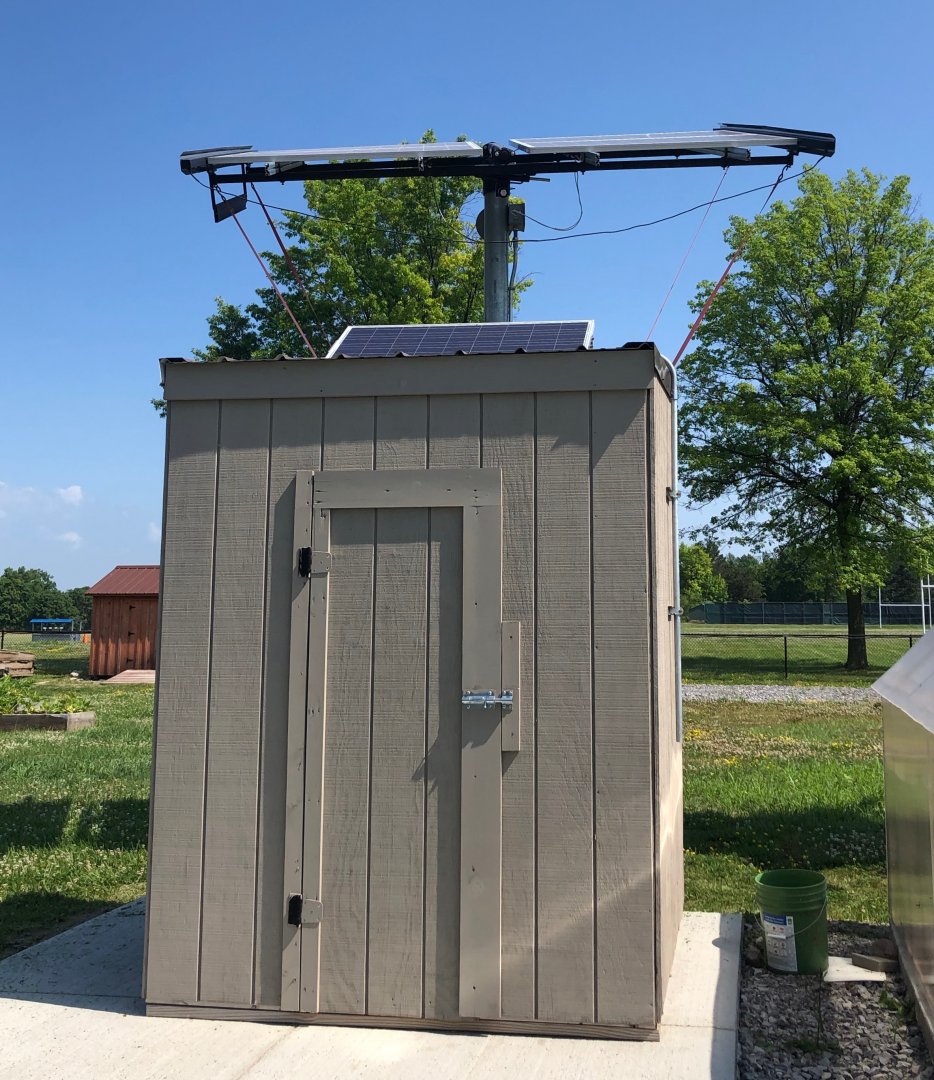